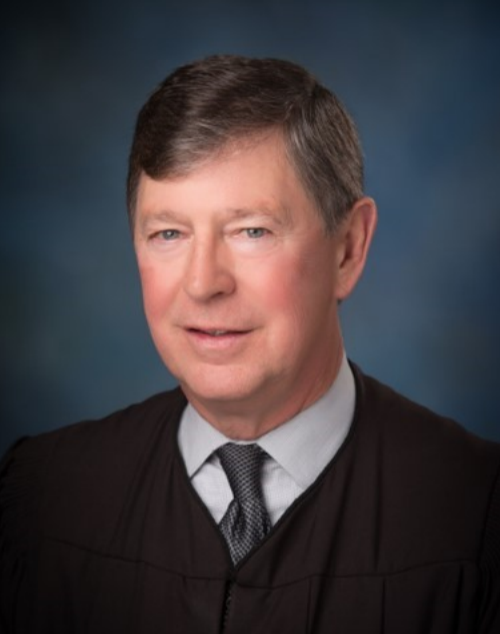 JUDGE WILLIAM J. “RUSTY” KNIGHT began his legal career in 1976. He graduated from LSU Law School where he was Order of the Coif and a member of the Louisiana Law Review. He was an associate with Hudson,  Potts, and Bernstein in Monroe, LA from 1976-1979 and then served as an Assistant District Attorney for Washington and St.  Tammany Parishes from 1979-1985. After that tenure, he opened a private law practice, handling both civil and criminal  matters. In January 2003, he took office as district judge of the 22nd Judicial District Court, Division J. Since that time, Judge  Knight has presided over juvenile and child in need of care proceedings and a section of adult Drug Court, in addition to his civil  and criminal dockets. Most recently, Judge Knight worked to pass legislation that granted authority for a pilot program of a  Risk-Needs Assessment procedure and the establishment of the 22nd Judicial District Court’s ReEntry Court in 2012. In  November 2015, the Louisiana Supreme Court requested that Judge Knight create Key Components and Best Practices to be  followed by Louisiana ReEntry Courts. That work was presented to and adopted by the Louisiana Supreme Court in 2016.

Past President of the Washington Parish Bar Association